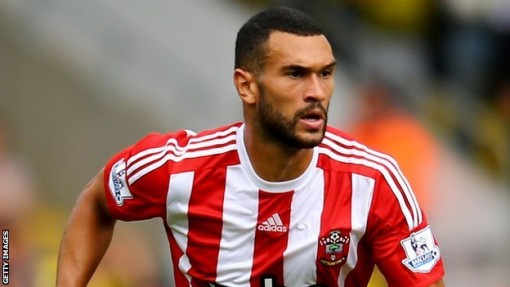 The 24-year-old was on loan at Southampton but that agreement has been cancelled immediately to allow him to move to Anfield.

The paperwork was completed in time for him to be eligible to face Arsenal in the Premier League on Wednesday – if included in the squad.

Liverpool have been hit by a succession of injuries to central defenders.

The Merseyside club have lost Martin Skrtel and Dejan Lovren to hamstring injuries, but Kolo Toure (cramp) and Mamadou Sakho (knee) will be fit to face Arsenal.

Tiago Ilori was recalled from a loan spell at Aston Villa to play in the FA Cup third round on Friday.

The Reds have been linked with former Borussia Dortmund defender Neven Subotic and Schalke defender Joel Matip, who could still move to Anfield in the summer.

Caulker, who won one England cap in 2012, has seen his career stall after moving on loan to St Mary’s Stadium after previously playing for Tottenham Hotspur and Cardiff City.

He also had loan spells at Yeovil Town, Bristol City and Swansea City during his time at White Hart Lane.