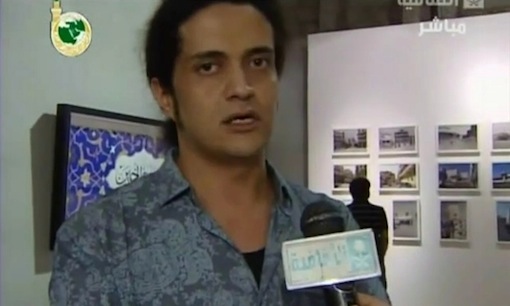 Nigerian artists will on Thursday, 14 January stage a solidarity event for Palestinian poet, Ashraf Fayadh, who has been condemned to death by the Saudi authorities for allegedly renouncing Islam.

The solidarity events lined up include reading, performances and conversations. The event is scheduled to begin at 4pm at the Freedom Park (Old Colonial Prison Ground).

Ashraf, 35, has been active in the art scene in Saudi Arabia and has organized and curated exhibitions of Saudi art in Europe and Saudi Arabia.

A key member of the British-Saudi art organisation, Edge of Arabia, he was originally sentenced to four years in prison and 800 lashes by the general court in Abha, a city in the south-west of the ultraconservative kingdom, in May 2014.

But after his appeal was dismissed he was retried recently, and a new panel of judges ruled that his repentance did not prevent his execution.

The event is part of the January 14 worldwide reading for Ashraf.