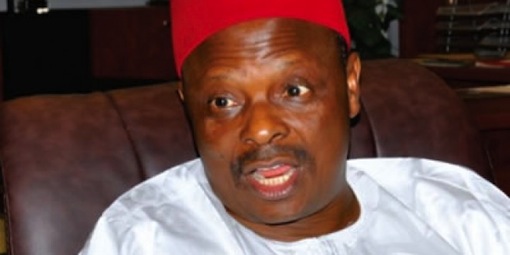 The Senate has mandated its committees on aviation and anti-corruption to commence investigation into alleged disbursement of 40 million dollars loan for rehabilitation and development of infrastructure in the aviation industry.

The mandate is part of a 15-point recommendation adopted while considering report of the ad hoc committee on Aviation on the poor state of the aviation industry in Nigeria.

The report was presented by the Chairman of the Committee, Sen. Rabiu Kwankwaso (APC Kano Central).

The committees were also mandated to probe a N33.55 billion alleged to have been released by the Federal Government in 2011 for the
same purpose.

The upper chamber further called on the Nigerian Airspace Management Agency (NAMA) to stop the collection of navigational charges on all training aircraft in the country.

It also recommended that only qualified and properly trained personnel should be employed, in view of the delicate nature of the aviation industry, while capacity building should be given priority.

The Senate called on the aviation sector, under the Federal Ministry of Transport to collaborate with the Petroleum Products
Pricing Regulatory Agency (PPPRA) to ascertain the cause of high price of aviation fuel.

Equally, the red chamber urged NAMA and the Federal Airports Authority of Nigeria (FAAN) to pay more attention to the provision of state of the art flying equipment to enhance safety and assist pilots to do their jobs professionally.

It noted that the provision of the equipment would further guide against a situation where planes could not take off and land because of poor visibility.

Chief executives of aviation parastatals and the Nigeria College of Aviation Technology were also urged to put in place a programme to replace aging pilots to pave the way for young pilots.

The Senate also urged officials of the aviation sector not to interfere in the running of specialised units in the industry.

FAAN was also advised to rehabilitate and complete all abandoned structures and pull down those that had lost their value.

The Senate also recommended that abandoned aircraft in custody of the Nigeria Civil Aviation Authority (NCAA) should be resuscitated,
while the Federal Government should develop a financial programme as a bailout.

The bailout, according to the upper chamber, should be tailored toward growing airlines in the country.

“The framework of this financial programme can take into consideration funds for acquisition of new equipment.

“The bailout should be directly attached to the purchase of the needed materials. No money should be given directly to the airlines.

“Banks should supervise the payment and purchase to prevent diversion of funds and airlines that have in the past denied approval to fly some of the airports like Kano, Enugu and Port Harcourt should be reconsidered.”

In the same vein, the Senate recommended that financial provision should be made for the industry in the 2016 budget and leakages
blocked to cater for more infrastructure development.

The red chamber also recommended amendments to the Act establishing NAMA and FAAN to guide against confusion and conflicting roles
between the two parastatals.

In his remarks, the President of the Senate, Bukola Saraki, urged the relevant committees to see to the implementation of the recommendations.

He said “the most important thing is for us to see that these recommendations are truly implemented.”

Meanwhile, the Bill for an Act to Amend Agricultural Credit Guarantee Scheme Fund to promote Commercial Agriculture in Nigeria scaled the second reading on the floor of the Senate.

The Bill, which was sponsored by Sen. Andy Uba (PDP-Anambra South), was meant to ensure credit support for production, storage, processing of target commodities, as well as market and enterprise development.

The Bill was also meant to provide concessionary funding for agriculture and other related matters.