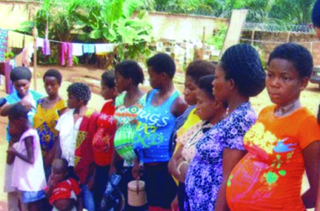 At least 330,000 women died during child birth worldwide in 2015, says the World Health Organisation, WHO.

Sub-Saharan Africa accounted for greater part of maternal deaths in 2015, says the WHO in its report on maternal mortality.

The figure released by Global Health Observatory (GHO) of the WHO lamented that every day in 2015, at least 830 women died due to complications of pregnancy and child birth.

“Almost all of these deaths occurred in low-resource settings, and most could have been prevented. The primary causes of death are haemorrhage, hypertension, infections, and indirect causes, mostly due to interaction between pre-existing medical conditions and pregnancy.

Maternal mortality is a health indicator that shows very wide gaps between rich and poor, urban and rural areas, both between countries and within them.

The maternal mortality trend, according to the report, however, shows that the number of women dying due to complications during pregnancy and childbirth has decreased by 43% from an estimated 532,000 in 1990 to 303,000 in 2015.

“The progress is notable, but the annual rate of decline is less than half of what is needed to achieve the Millennium Development Goal (MDG) target of reducing the maternal mortality ratio by 75% between 1990 and 2015, which would require an annual decline of 5.5%.

The report shows that Sierra Leone had the highest maternal mortality rate in the world in 2015 with 1,360 women dying, while Central Africa Republic came second with 882 dying during child birth and Chad coming third with 856 maternal death.

Finland, Greece and Iceland have the least maternal death worldwide in 2015 with just three women dying in each of the countries during child birth. Belarus, Austria, Czech Republic, Kuwait, Italy and Sweden all had four cases of maternal death in 2015.