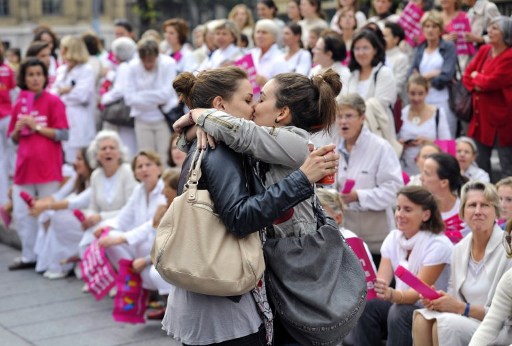 FILE PHOTO: Same-sex marriage is allowed in the UK

The second largest Protestant church in Germany is scheduled to vote Friday on whether or not to permit same-sex wedding in its churches.

The synod of the Protestant Church in the Rhineland region is expected to hold a debate before voting on making the change to the church’s rules at 1:00 p.m. (1200 GMT).

It requires two-thirds majority of the 200 members eligible to vote.

There is no unified position on same-sex marriage.

The Protestant Church in the state of Hesse, where Frankfurt is located, had registered same-sex marriages for a long time, while in Berlin-Brandenburg they plan to introduce them in the spring.

In other states, the Protestant Church blesses same-sex unions, but does not offer wedding ceremonies.