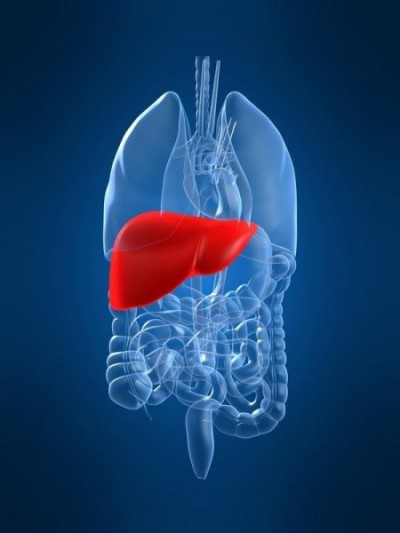 An artist impression of the liver

Designed to be attached outside a patient’s body, the bio-artificial liver is based on human liver cells, according to research findings published in the new issue of international science magazine Cell Research on Friday.

In its first clinical use last week, the device saved a 61-year-old woman who was dying from acute liver failure, said Prof. Ding Yitao, a member of the research team, which comprised scientists from the Shanghai Institute for Biological Sciences and doctors from Nanjing Drum Tower Hospital.

They are planning more clinical tests in Shanghai and the neighbouring cities this year.

A bioartificial liver can help recover patients’ liver functions and prolong their lives so they can wait for suitable donor livers for a transplant, which is currently the only solution to critical cases.

“The new device is based on cells taken from human skin, fat or other tissues and reprogrammed into [liver] cells,” he said. “It is safer and less likely to cause a rejection reaction.”

Tests on lab animals found pigs with acute liver failures had an average 80 percent survival rate after they were treated with the new bioartificial liver, whereas untreated pigs died in about three days.

The researchers believe the artificial liver is a blessing for China, which has a lot of patients with hepatitis B and liver cancer.

The country has more than 100 million people infected with the hepatitis B, according to official figures.