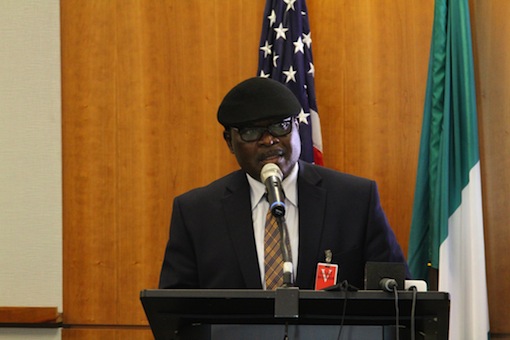 For barring magistrates’ courts from issuing remand orders for the detention of suspects including those being tried for corruption, the Civil Societies Network Against Corruption, CSNAC, on Sunday petitioned the National Judicial Council, NJC, urging the body to investigate the Chief Judge of Federal High Court, Abuja, Justice Ishaq Bello.

Signed by Olanrewaju Suraju, the chairman of CSNAC, the petition said the order by Bello was suspicious and an utter violation of section 293 of the Administration of Criminal Justice Act, 2015.

The group further accused the CJ of abusing his office in violation of Rule 1 Paragraph 1 of the Code Of Conduct for Judicial Officers in Nigeria.
‎

Part of the petition stated: “in many of your Lordship’s utterances you have warned judges to stop engaging in corrupt practices either directly or through agents.

“Some of the judges who are neck deep in corruption have ignored the several admonitions of your Lordship.

“Based on section 293 of the Administration of Criminal Justice Act of 2015 the Economic and Financial Crimes Commission (EFCC) has been obtaining remand orders since from magistrate courts to detain criminal suspects pending their arraignment in the courts.

“Since many of the suspects arrested in connection with the criminal diversion of billions of naira, the EFCC has applied to the magistrates in the federal capital territory.

“In exercise of their powers under the law the magistrates have granted the remand orders.

“As the EFCC has charged such suspects to court upon the conclusion of investigation no court has declared illegal the order granted by any of the magistrates’ courts.

“But as a result of the detention of some corrupt people who have publicly admitted that they collected billions of naira for political campaigns from the over $2.1 billion appropriated by the National Assembly for buying arms to fight the dangerous Boko Haram sect Justice Ishaq Bello has been feeling uncomfortable.

“In utter violation of section 293 of the Administration of Criminal Justice Act, 2015 Justice Ishaq Bello directed all magistrates in the federal capital territory to stop granting remand orders applied for by the EFCC.

“At the time of giving the directive Justice Ishaq Bello was very much aware of the provisions of the Administration of Criminal Justice Act, 2015 because he referred to the law in his speech.

“But the Chief Judge decided to issue the illegal directive so as prevent the EFCC from detaining the suspects who have stolen public fund to the tune of billions of naira.

“The second paragraph of the preamble to the code of conduct for Judicial officers states that: ‘a judicial officer should actively participate in establishing, maintaining, enforcing, and himself observing a high standard of conduct so that the integrity and respect of the judiciary may be preserved’.”