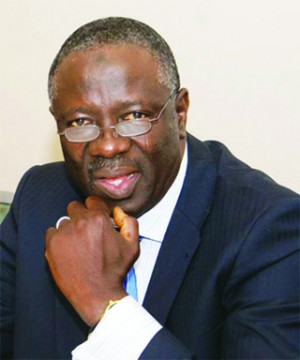 
Nigeria at the weekend emerged champions of the 2016 ITF/CAT West and Central African Junior Championships held at the National Tennis Centre, Package B of the National Stadium, Abuja by clinching nine gold and six silver to earn 930 points.

Cameroun took second spot with 365 points by winning five silver and a bronze and Cote d’Ivoire placed third with 308 points winning 3 silver and 2 bronze in the week-long event which featured ten countries.

Nigeria – winners of the last two editions in 2014 and 2015 – went into the final day with four gold and three silver medals won in the doubles events on Friday and Christopher Bulus set the tone for what proved to be a much better day for Nigeria by beating Frederic Coulibaly of Cote d’Ivoire 7-6 (2), 4-6, 6-1.

Coulibaly had been playing like a player possessed since his group match defeat to Bulus and his blistering form was highlighted by his semifinal triumph against Christopher Itodo, another Nigerian, who was highly rated but Bulus kept his composure to neutralize the aggressive style of his opponent.

Wins by Sulaiman Ibrahim over Daniel Adeleye 6-2, 6-1; as well as Barakat Quadri over Marylove Edwards 7-5, 6-2; and Friday Gabriel’s 6-4, 7-5 triumph over Michael Osewa -in multiple all-Nigeria final- was wrapped up by South Africa-based Adetayo Adetunji, a 6-3, 6-2 winner over Linda Eloundou of Cameroun in the Girls 16 and Under category final.

The game which was watched by the Director General of the National Sports Commission (NSC), Dr. Alhassan Yakmut, Nigeria Olympic Committee (NOC), President, Engr. Habu Gumel among other dignitaries.

US-based Eloundou had beaten Nigeria’s Angel McLeod in the semifinal but she was forced to taste a dose of her pill by Adetunji, who paired McLeod to beat Eloundou and her compatriot, Anna Lumengo in the final of the Girls 16 and Under doubles.

He promised that more attention will be given to junior tennis in order for the country to keep producing talents that hold great prospects for the game not only on the continent of Africa, but at global level.