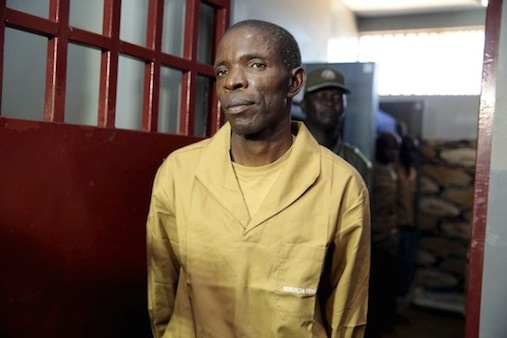 The trial of the leader of a fringe Christian sect in Angola for murder continues today.

Jose Kalupeteka, leader of a millenarian sect called “The Light of the World”, was docked on Monday along with 10 of his followers, charged with the murder of nine police officers and attempted murder in central Huambo province last year.

Police say the officers were shot dead during raids which ended with the capture of the preacher and his followers last April.

The raids were launched as a part of a drive against fringe Christian church groups now illegal under new rules that require denominations to have 100,000 registered members spread across at least a third of Angola’s 18 provinces.

Kalupeteka’s church has an estimated 3,000 members.

Angolan opposition party UNITA has said that more than 1,000 civilians were killed when police clashed with members of Kalupeteka’s church, though police have said only 13 sect members died.

Defence lawyer David Mendes asked the court for a review of the trial process, arguing his clients had been tortured during detention.