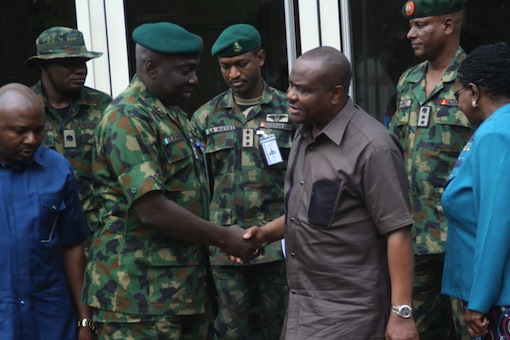 Governor Nyesom Wike of Rivers State has assured the Army High Command that his administration will continue to provide the necessary logistics support for the military to carry out its constitutional duty.

Speaking on Tuesday at the Government House, Port Harcourt when he granted audience to the General Officer Commanding, GOC, 82 Division, Enugu, Major General Ibrahim Attahiru, Governor Wike said that his administration will always collaborate with the Military to maintain peace and security in the state.

He said that the maintenance of peace and security remain vital to the development of the state, pointing out that so far, the army has lived up to expectations.

Wike, however, advised the army to avoid the influence of politicians as they discharge their duties in the area. 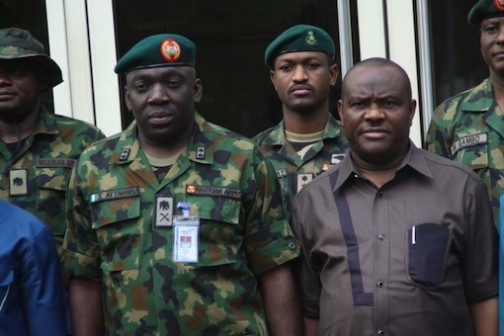 “In carrying out your activities, you should be careful so that politics does not come into it.

“Rivers State is important to the economy of the nation. Therefore, the peace of this state is critical. This administration will never support anything that will make the state ungovernable”.