Odigie-Oyegun: God has a hand in Nigeria's economic challenges 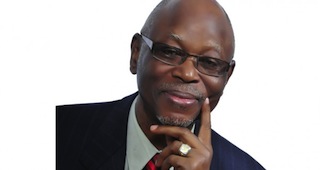 The National Chairman of the All Progressives Congress (APC), Chief John Odigie-Oyegun says Nigeria’s present economic downturn could be an act of God to remind Nigeria on the need to implement and embrace radical change, particularly in the country’s current economic model.‎

Odigie-Oyegun made the disclosure when he received in audience a 15-member delegation of an APC support group, Change Agents Foundation (CAF) led by its Director-General, Dr. Felix Felix at the party’s National Secretariat in Abuja.

“I think God has a hand in the current economic predicament of the country. Imagine the sudden fall in the price of crude oil, the mainstay of the Nigerian economy, from its heights in 2014, averaging $112 per barrel down to the current price of $28 per barrel — lower than the $38 per barrel which the proposed 2016 budget is predicated on. It is an object lesson for us. It tells us that we must embrace radical change in our economic model,” Odigie-Oyegun said.

He said the drop in oil price has taken its toll on the revenue and expenditure of the Federal Government and as a result is having a severe effect on the economy.

According to Odigie-Oyegun, “the concept of change is a difficult one. Nigeria must be ready to adapt to new ways of doing things. As a party, we know and understand it calls for tremendous sacrifice, there is no other way. Yes, the economy is in a bad shape, but maybe that is the kick we need to be innovative and find ways to drive the economy out of the woods.

“The luck we have is that we have as president a man committed to personal probity and sincerity of purpose to the project of developing Nigeria. Today, we must think and be innovative in ways of fashioning out new economic models which diversifies from the present over reliance on oil.

“We are in the process of organising a three-day dialogue which will bring the party, government and stakeholders for an exposition on the realities facing the country, particular the economy. It will provide an opportunity to exchange ideas so that we go home with a clear direction on how to go forward.”

Also speaking at the meeting, the Director-General, Change Agents Foundation (CAF), Dr. Felix Felix congratulated the APC National Chairman for leading the APC to victory at the last presidential election which ushered in the Muhammadu Buhari administration.

He said: “We are here to identify with you in this success and to say that while achieving success is a difficult thing, sustaining success is even more difficult. It is this realisation that prompted our coming together to form the Change Agents Foundation.”

The Director-General said the fight against corruption being waged by the President Muhammadu Buhari administration is already yielding results.

“Our party promised Nigerians change and this change Nigerians have already started experiencing through the unprecedented simplicity and transparency our leader, President Muhammadu Buhari, has brought to governance of Nigeria. The fight against corruption has already started yielding results as looted public funds are being exposed and returned while everybody occupying public office today is conscious of his actions knowing that there would be consequences for any inaction or wrong action,” Dr. Felix said.

He requested the National Secretariat of the APC to register the organisation to enable it contribute its quota towards efforts to deliver on the Change Mantra and objectives of the APC.