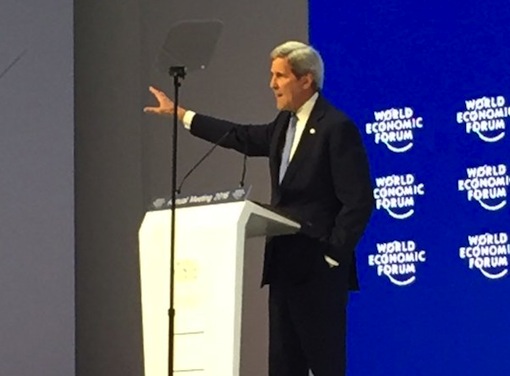 John Kerry, US Secretary of States

Kerry in his speech at the forum, he made reference to Buhari’s fight against corruption in Nigeria and how individuals pocketed money meant for arms deal.

“It has been reported that over 50 people including government officials stole over $9billion in Nigeria.

He added that money that was meant for arms to fight Islamist sect, Boko Haram, was pocketed by generals in the most populous black nation in the world.

“Corruption costs global economy more than a trillion dollars a year and complicates every security, diplomatic, social priority,” he said.

“There is absolutely nothing more demoralizing, disempowering to any citizen than the belief the system is rigged against them. Corruption is a radicalizer because it destroys faith in legitimate authority.”

He noted that about three trillion is lost to corruption a year.