Google to pay £130m back taxes 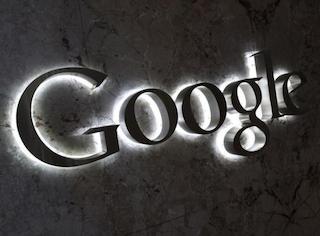 Google, now part of Alphabet Inc. says it will pay the 130 million pounds back taxes imposed on it by the British tax authority.

The taxes were imposed after the British tax authority took a second look into why the company had paid low tax returns since 2005.

Google said late on Friday the 130 million pounds would settle a probe by the British tax authority, which had challenged the company’s low tax returns for years. It said it had also agreed a basis on which tax in the future would be calculated.

“The way multinational companies are taxed has been debated for many years and the international tax system is changing as a result.

“This settlement reflects that shift,” a Google spokesman said in a statement.

Google has been under pressure in recent years over its practice of channeling most profits from European clients through Ireland to Bermuda, where it pays no tax on them.

In 2013, the company faced a UK parliamentary inquiry after an investigation showed the firm employed hundreds of salespeople in Britain despite saying it did not conduct sales in the country.

The deal comes as governments around the world seek to clamp down on multinational companies shifting profits overseas to reduce their tax bills.

EU competition authorities have investigated arrangements used by Amazon and a unit of Fiat in Luxembourg, Apple in Ireland and Starbucks in the Netherlands, and may start new probes.

British Finance Minister George Osborne welcomed the deal, saying on Twitter that it reflected new rules that he had introduced but others were less impressed.

The Finance Spokesman for the opposition Labour Party John McDonnell, said the tax authorities needed to explain how they had settled on the figure of 130 million pounds, which he described as relatively insignificant.

“It looks to me that this is relatively trivial in comparison with what should have been mad. In fact one analysis has put the rate down to about 3 per cent, which I think is derisory,” McDonnell said on Saturday.

Between 2005 and 2013, Google had a turnover of 17 billion pounds and its main UK unit reported a tax charge of 52 million pounds, filings showed. According to its annual report, in 2014, it had UK revenues of around 4 billion pounds but has not yet published its UK tax charge.