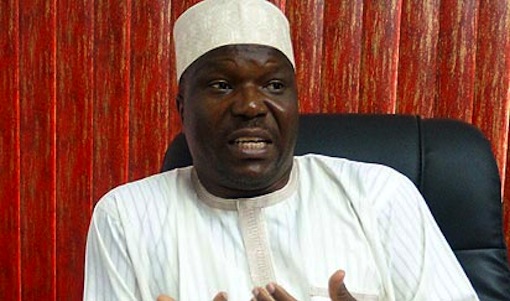 The Trade Union Congress, TUC, on Sunday, warned the Nigerian government to discourage Nigerians from embarking on medical tourism with the excuse of travelling to treat ailments that can effectively be handled by hospitals in the country.

The TUC also slammed government for taking reactionary steps in cases of health emergencies instead of being pro-active.

It urged governments at the federal, state and local levels as well as stakeholders in the health sector to redouble their efforts to ensure that emerging and re-emerging infections and diseases like the Lassa fever that has claimed many lives in the recent past, are drastically curbed.

“If the recent report on medical tourism as said by the Minister of State for Health, Dr. Osagie Ehanire is anything to go by, it just does not make any sense that over $1bn is being spent by Nigerians on medical tourism abroad annually for illnesses that our tertiary hospitals can handle.

“This administration of President Muhammadu Buhari must discourage the practice. Government has to make health care delivery available to the majority of Nigerians,” the TUC said in a statement jointly signed by its President, Comrade Bobboi Bala Kaigama, and its Secretary-General, Comrade (Barr.) Musa Lawal.

“It is our thinking that experiences of the past should by now make the leadership pro-active enough instead of the usual reactive measures.

“There is dire need for specialised laboratories for research and diagnosis on viral haemorrhagic fevers in each geo-political zone to enable us nip in the bud these life-threatening diseases before they go viral. A Case in point happened in Lagos, where an infected patient who came on a visit from another state was detected.

“Also, the current position and number of Confirmatory Centres for Lassa fall short of National Public Health Act, which emphasis on Universal Health Coverage. It is important the authority realises that the issue of health should not be taken for granted.

“In some nations of the world three things are very critical: health, shelter and clothing. These are modules we should emulate to complement the change mantra.

“It is imperative that the issue of training and re-training of health personnel in specialised areas towards averting these persistent health challenges be seriously considered. It is unheard of that some health workers in a particular state ran away when someone got infected.

“In the past Health workers will stake out their lives to save a patient unlike what we have today. Probably because they know that there is no insurance cover or special incentives should they lose their lives in the course of doing their job,” the union said.

It said while it acknowledges that all sectors of the economy are very critical, “it should be taken into cognisance that one needs to be alive and well to be able to undertake other responsibilities. It is time to be proactive not reactive.”