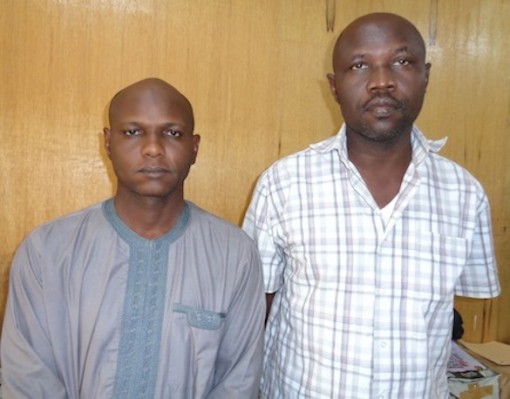 Mustapha and Esthon were docked following a complaint alleging criminal conspiracy between the accused persons and a prima facie case established against them.

A group of staff numbering five hundred and one were disengaged from Stirling Civil Engineering Company Limited, but had their entitlements withheld by the company.

The disengaged staff, through the former NBA boss, Esthon instituted an action against their employer (Stirling Civil Engineering Company Limited) at the Adamawa State High Court sitting in Yola, and had the judgment entered in their favour.

According to them, Esthon, in connivance with Mustapha, the registrar of the court, diverted part of the funds meant for the settlement of their entitlements to personal use.

Count one of the charge reads:

“That you, Shehu Mustapha sometime between 2007-2009 at Yola, Adamawa State within the jurisdiction of this Honorable Court with intent to defraud, did obtained money, the sum of N59, 995,000.00 from Alhaji Yusuf Abubakar being the proceeds recovered from the auction executed against the properties of Stirling Civil Engineering Company Limited as judgment debtor delivered by Adamawa State High Court in suit No.ADSY/60M/2007 under the false pretence that the said sum was to be utilized in settling the judgment creditors which you never did instead diverted the said sum to your personal use, thereby committed an offence contrary to the provisions of Section 2 (1) (a) of the Advance Fee Fraud and Other Fraud Related Offences Act LFN 2006 and punishable under Section 1 (3) of the same Act.”

The accused persons pleaded not guilty to the charges preferred against them.

In view of their plea, counsel to EFCC, A. Y. Muntaqa asked the court for a date to commence trial.

Justice Aliyu admitted the accused persons to bail in the sum of N5million and a surety each in like sum.