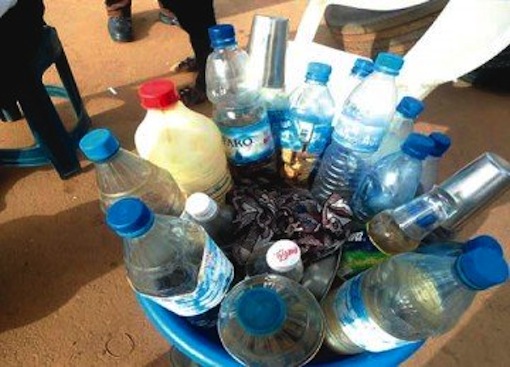 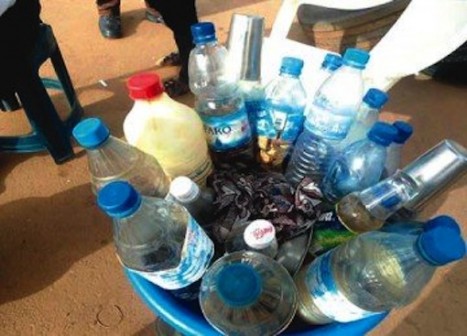 Three other persons who also consumed the substance which is suspected to be contaminated, are said to have been hospitalised and doctors are battling to save their lives.
‎
The incident which occurred on Tuesday in Ugieda, South Ibie, in Etsako West local government area of Edo, is coming months after several persons reportedly died in Ondo and Rivers states after consuming a similar substance.

It was gathered that the five persons complained of unusual hotness and aches in their stomachs after consuming the local dry gin.

Narrating how the incident occured, one of the eyewitnesses, Lukman Rilwan, said: “After they have consumed the Ogogoro, they began complaining of stomach ache. Unfortunately the two persons died while three are currently receiving treatment at the hospital.”

The traditional ruler of the community, Aidonigie of South Ibie, Alhaji Kelvin Danisi, disclosed that a ban would be placed on sales and consumption of the illicit gin.

‎”So we are doing everything to make sure that such things don’t happen again. I have already summoned a meeting of all those that sell alcohol and we are going to place a ban on illicit gin,” the traditional ruler said.

Speaking in the same vein, the Chairman of Etsako West local government council, Mr. Yesufu Busari who also confirmed the incident, said he got a report “that two people have died and three others are still critically ill at the hospital.”

Busari said the council would liaise with relevant stakeholders, especially dealers of the local gin, to educate and enlighten the people on current happenings.

He appealed to people of the council to desist from consuming illicit gin.

Edo state police command spokesman, DSP Abiodun Osifo, could not be reached for comment on the incident as calls made to his cell phone went unanswered. ‎