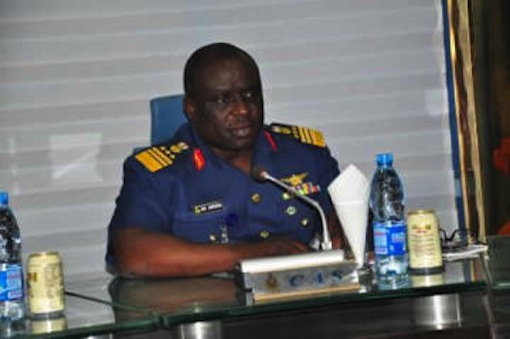 The former air force chief was detained by the EFCC on Tuesday following revelations that he also played in key role in the diversion of funds meant for purchase of arms to battle Islamist sect, Boko Haram.

According to The Nation, Amosun is expected to shed light on more than 10 contracts valued at $930,500,960 were awarded by the Nigerian Air Force between January 2014 and February 2015 and why NAF bought used Mi-24V helicopters instead of Mi-35M series.”

The other issues he was confronted with are:

Former National Security adviser, Sambo Dasuki had insisted that Amosu confirmed the delivery of the four Alpha Jets and 12 helicopters.

“It is laughable for the panel to assume that four Alpha jets and 12 helicopters were undelivered. In a memo to the Office of the National Security Adviser(ONSA), referenced NAF/905/D/CAS of November 28, 2014, the immediate past Chief of Air Staff, Air Chief Marshal Adesola Amosu, acknowledged the receipt of the 4x Alpha jets attack aircraft and the helicopters”, Dasuki wrote in a letter to a separate  panel probing what has been termed #armsgate or #Dasukigate.