Lawyer, others arraigned over demolition of building 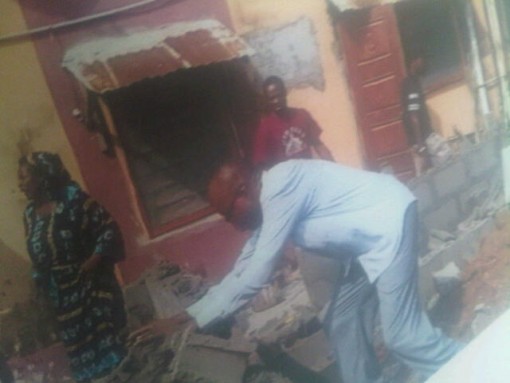 A 65-year-old legal practitioner, Barrister Olu Johnson, has been arrested and charged before Ejigbo Magistrates’ court for his alleged involvement in the demolition of a building in Lagos State, western Nigeria.

Johnson was arraigned with four other suspects and was remanded in prison custody at Kirikiri, Lagos along with the other four suspects the police alleged Johnson conspired with to committ the crime.

They are charged with conspiracy, unlawful and willful damage and assault under the Criminal Code.

The suspects allegedly went to Block 328 Flat 2, Jakande Estate in Ejigbo and demolished a building belonging to Sunday Ayodeji.

P.M.NEWS gathered that the suspects are members of Methodist Church located in the area where the incident happened.

According to the police, the suspects reportedly demolished the building to take possession of the land that leads to the entrance of the church.

Apart from that, they reportedly assaulted Paul Akindolie in the process of demolishing the building.

When they were arraigned, counsel to the defendants, Anthony Essien informed the court that Johnson was a senior lawyer who had spent 30 years at the bar.

He pleaded with the court to grant him bail in the most liberal terms.

The presiding Magistrate, Mrs J. O. E. Adeyemi granted the suspects bail in the sum of N100,000 with two sureties in like sum.

They were remanded in prison custody pending when they will perfect their bail condition.

The matter was adjourned till 8 February, 2016 for hearing.