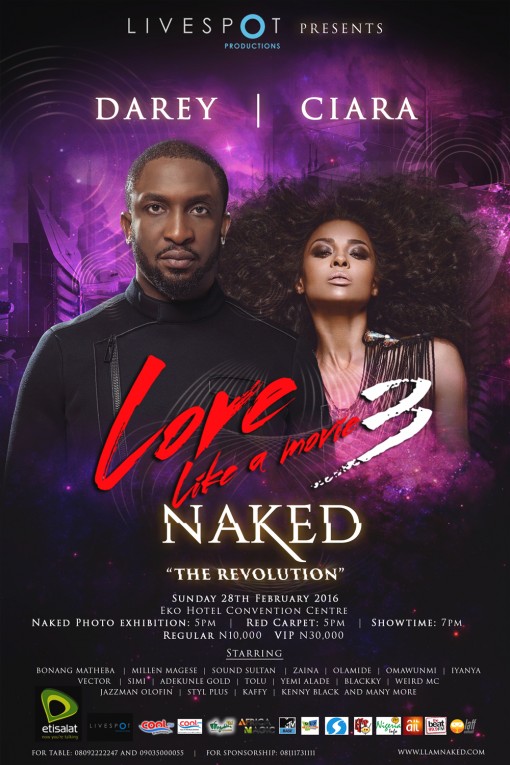 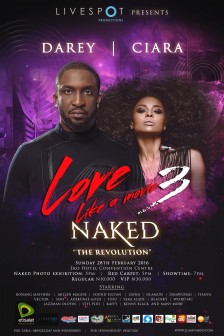 R&B superstar Darey Art Alade has revealed that the third edition of his highly anticipated concert, Love Like a Movie will hold on 28 February and will feature International Grammy award winning superstar, Ciara.

Coming a few months after the release of Darey’s critically acclaimed album Naked, the third edition of Love Like A Movie is also tagged Naked in keeping with the theme of Darey’s creative direction.

On the night, alongside the red carpet, there will also be a Naked Photo Exhibition featuring photography inspired by the album theme, from the super talented trio of Kelechi Amadi Obi, TY Bello and Yetunde Babaeko.

Love Like A Movie, which has recorded two hugely successful editions in 2013 and 2014 that featured global superstars, Kim Kardashian and Kelly Rowland, is set to break further grounds this year by completely reinventing the concept of the R&B dance party with choreographed dance, a dynamic laser show, music, symphonic lights and high energy performances from top Nigerian and international performers.

Last year’s edition of the show was unable to hold owing to the shift in general election dates.