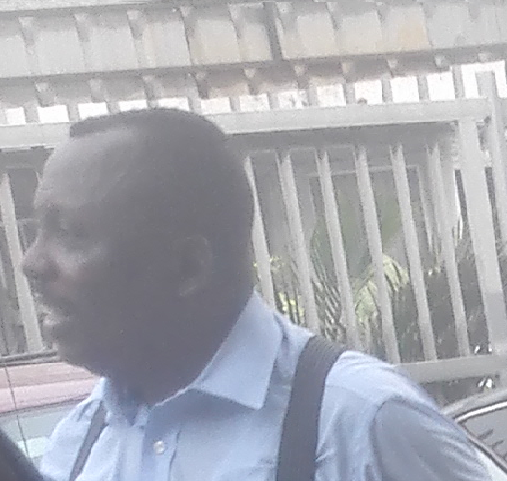 A Lagos-based legal practitioner, Barr. Chidi Udoije Amadi, 50, has been arrested by the operatives of the Force Intelligence Beaurau, FCID, Alagbon Close, Ikoyi, Lagos, southwest Nigeria, for allegedly obtaining the sum of N4.5m from a motor spare parts dealer at Ladipo, Mushin under false pretence.
The lawyer was arraigned before an Igbosere Magistrates’ Court, Lagos on a one-count charge of felony to wit, stealing.
Police prosecutor, DSP Ezekiel Upah informed the court in charge No. I/07/2016 that the accused was arrested following a complaint lodged by Augustine Chigbo Okoro that the accused sometime in 2013 approached him inside a church that he had twenty plots of land to sell to him at Ibeju Lekki, Lagos at the sum N4.5m.
The complainant said he believed the accused because he was a fellow church member and also a Sunday School Teacher in his church and paid him the money for the land.
Okoro stated that as he was about to take possession of the land, scores of hoodlums armed with offensive weapons invaded the land and chased him and his surveyor away with a warning that he should not step on the land again.
He added that when all efforts to recover his money from the accused proved futile, he reported the matter to the police who arrested Amadi.
The offence, the accused committed, according to the prosecutor, is punishable under section 312 (3) of the criminal law of Lagos State, 2011.
The accused pleaded not guilty to the alleged crime in the open court and the presiding magistrate admitted him to bail in the sum of N500.000 with two sureties in like sum.
The Magistrate adjourned the case till 3 March, 2016 for mention while the defendant was remanded at Ikoyi Prison pending when he would fulfill his bail conditions.