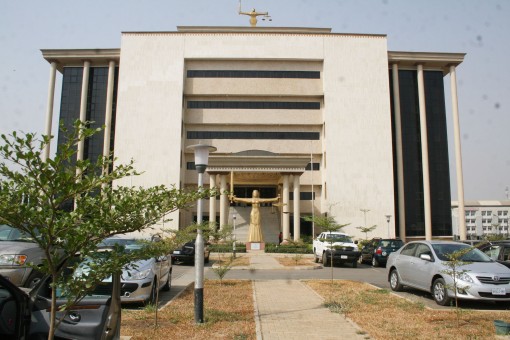 The Economic and Financial Crimes Commission, EFCC, has arraigned Victor Ochola before Justice A. R. Mohammed of the Federal High Court sitting in Abuja, on a 27-count charge bordering on obtaining by false pretence and forgery to the tune of over N300 million.

Ochola allegedly connived with one Dayo Jimo (now at large) and obtained money from Mohammed Jubril, Managing Director of Suntrust Ltd Micro Finance Bank in the guise of purchasing plots of land for him.

One of the counts reads: “That you Victor Ochola, Dayo Jimoh (now at large) and others still at large sometime in January 2014 in Abuja within the jurisdiction of this Honourable Court did conspire among yourselves to commit an unlawful act to wit: obtaining money by false pretence and thereby committed an offence contrary to section 8(a) and punishable under section 1(3) of Advance Fee Fraud and Other Fraud Related Offences Act, 2006.”

He pleaded “not guilty” when the charges were read to him.

In view of his plea, the prosecuting counsel, Victor Ukagwu, urged the court to fix a date for the commencement of trial.

Responding, the defence counsel, Bernard Afu, prayed the court to grant his oral application for bail.

Justice Mohammed, however, adjourned the case till 16 February for ruling on the bail application and ordered the defendant to be remanded in prison custody.