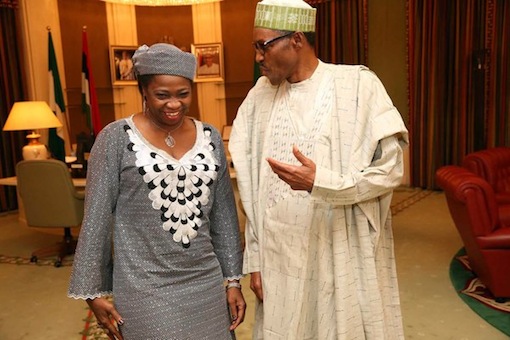 President Muhammadu Buhari on Monday appointed Mrs. Abike Dabiri-Erewa, a former broadcaster and ex-member of House of Representatives as his Senior Special Assistant on Foreign Affairs and Diaspora.

Mrs. Dabiri-Erewa took active part in APC campaign in the 2015 general elections, acting as the Master of Ceremonies at the presidential campaign rallies.

With her appointment, Dabiri is going back to play in the field in which she has effectively played before, earning accolades for herself in the process.

As the Chairman of the House of Representatives Committee on Diaspora Affairs in the 7th National Assembly, Dabiri was very pro-active on issues that concerned Nigerians outside of the country.

She was able to bring the Committee into prominence through her efforts.

Dabiri-Erewa who became popular as a reporter on the weekly Nigeria Television Authority news magazine programme, Newsline, broadcast every Sunday, was first elected into the lower chamber of Nigeria’s National Assembly in 2003 and re-elected in 2007 and 2011.