Kuye takes over from Ezeh as DG of BPP 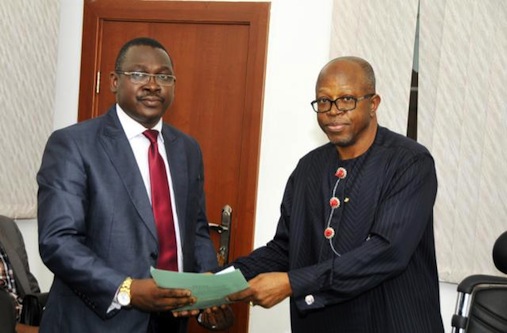 Babatunde Kuye, Director of the Energy Infrastructure Department, Bureau of Public Procurement (BPP), has taken over as acting Director-General of the Bureau, following the disengagement of Emeka M. Ezeh.

Ezeh had headed the Bureau from its inception in 2007, following the coming into effect the Public Procurement Act 2007. He formally handed over leadership of the Bureau to his successor on Tuesday, 16 February 2016.

Kuye, who, like his predecessor, is a civil engineer, turns 49 today (18 February 2016). He joined the services of the Bureau in June of 2010 from private practice. He started his career as a pupil engineer with IGIC Ltd, a private company, in 1990. In April of 2014, from his position as Director of the Agriculture and Water Resources Department, he went, on secondment, to the Federal Ministry of Water Resources as Director of Procurement. He was also Director of the Regulations and Database Department.

BPP is the regulatory agency on the procurement activities of agencies of the Federal Government of Nigeria. In addition to taking the lead on the implementation of the nation’s procurement reforms, the Bureau, in collaboration with international development partners, is assisting states within the Nigerian federation set up agencies to regulate their procurement activities in line with the model law of the United Nations Commission on International Trade Law (UNITRAL Model Law).

The Bureau is also active as an anti-corruption agency. Between 2009 and 2014, it saved the nation the sum of over N658 billion from its prior review of contracts awarded by government agencies exercise.