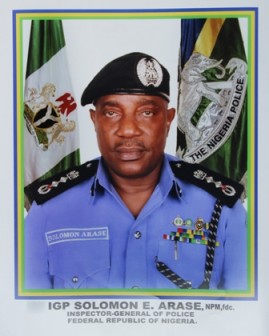 ‎
Henry Odion, the man who allegedly murdered his wife, Patience, in the presence of their six-month-old child in Benin, has been confirmed as ‎pastor of the Mountain of Victory and Fire Deliverance Ministry, Benin.

Edo police command image maker, DSP Abiodun Osifo, made the clarification on Wednesday while giving update on the incident.

Abiodun said the suspect who is at large, killed his wife who he had been married to him since September 2014, with a knife in Okpara quarters, a suburb of Benin metropolis.

It was further gathered that the pastor and his late wife were having some disagreement with each other which allegedly led to separation for two months.

It was further revealed that the pastor used his sister (names withheld), to lure his estranged wife to the house for settlement and on arrival, stabbed her severally with a knife, following which he went into hiding when he discovered that his wife died on the spot.

The deceased woman’s father, a police officer serving with Lagos Police Command, has appealed to relevant authorities to fish out the culprit.

Meanwhile, DSP Osifo disclosed that the police have launched a manhunt for the fleeing pastor.

Osifo, who described the action as barbaric, assured that the police will do everything possible to arrest the fleeing murder suspect.‎