Its Over! Oyakhilome, Anita divorce in UK court 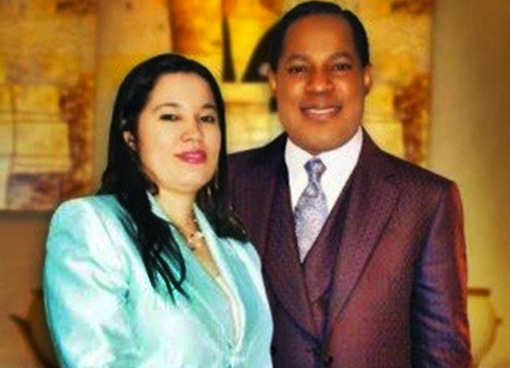 Anita Odegwa Oyakhilome and Chris Oyakhilome, flamboyant pastor and founder of Christ Embassy Church have now finally gone their separate ways, with a seal of a Family court in the United Kingdom.

The court in High Holborn, London, granted  Anita’s divorce wishes based on the unreasonable behaviour and marital infidelity  of her former husband, Chris. The divorce was granted 8 February.

“We have been requested by Anita Oyakhilome to confirm that on the 8th February 2016 a decree absolute was pronounced in the High Court of Justice Principal Registry of the Family Division dissolving her marriage to Christian Onehirokpeana Oyakhilome.

“Anita Oyakhilome would like to confirm that she is no longer involved in or part of Christ Embassy AKA Believers Loveworld inc.”Anita’s divorce statement.The divorce was filed by Anita on 9  April 2014  on the grounds of “adultery” and “unreasonable behaviours”. The case was marked No FD14D01650.After months of  keeping the matter out of public domain, a Nigerian online medium, The Cable, brought it back to public consciousness on 29 August. The medium said, apart from “adultery” and “unreasonable behaviours,” Anita cited as grounds for seeking to end her marriage to Oyakhilome, other allegations in the divorce suit are too damning to be reported without inviting the services of lawyers.The embarrassed church reacted two days after by  deleting Anita’s pictures and personal information from its official website,www.christembassy.org. Anita was supposed to be the Vice-president of the church.Signs that all was not well between Chris and Anita emerged in May 2014. In a post on a Facebook account opened by Anita’s supporters with title, ‘Where is Rev. Anita Oyakhilome?’, Oyakhilome was quoted as saying that his marriage was hitting the rocks and the end was imminent. The post purported to be the summary of Pastor Chris’ speech with United Kingdom-based pastors and deacons of Christ Embassy at the Bermondsey branch of the church on 16 May stated that, “I am here for your concerns about the ongoing domestic issue with my wife and I know it affects you directly, being the ones under her leadership.”

He allegedly asked the pastors not disposed to the developments in the church to quit.

He was quoted as saying, “You don’t join a woman to fight her husband. Bitterness is prolonged and accumulated anger. My wife is always angry and bitter. Some pastors’ wives think when they marry a pastor, they are equal to the pastor. My wife thinks so. As a matter of fact, Rev. Tom was her pastor before I married her and Rev. Ray and Evang. Owase were her leaders long before I married her. How come she thinks she’s senior to them now? I already started Christ Embassy before I married her. I didn’t marry her and said we should start Christ Embassy. I was already ‘pastoring.’ I already set my sail and knew my direction before I married her. I only said ‘come and help me. Be careful of the friends you keep. My wife keeps friends who bring out the worst in her and help her see the worst in people, instead of keeping friends that will help her vision, especially as the wife of a global pastor like me.”