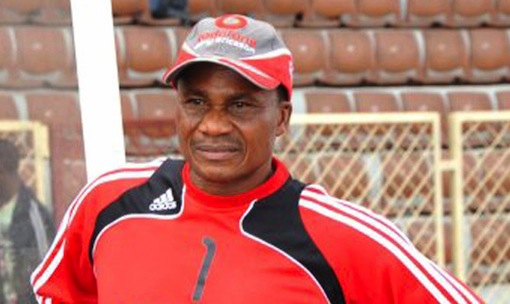 Newly appointed Technical Adviser of Shooting Stars Sports Club (3SC) of Ibadan, Kadiri Ikhana, has appealed to the fans of the club to be patient with him after he lost his first game of the season.

Ikhana tasted defeat in his first match with Oluyole Warriors in the Nigeria Professional Football League (NPFL) on Sunday to 15th minute goal from Kingsley Eduwo of Lobi Stars of Markudi at Adamasingba Stadium in Ibadan.

After the match, Ikhana who led Enyimba FC of Aba to win the league last season admonished the vociferous fans of Ibadan to be patient with him, saying that the season had just started.

“We paid dearly for not converting our chances. But, we shall work on our lapses before the next game against Enyimba. I know them very well and for Lobi to win here, we can beat Enyimba too,” he declared.

Coach of the visiting team, Lobi Stars, Godwin Uwua said that his team were lucky to have picked the maximum points at 3SC, adding that, the victory would be a moral booster for his team starting the season on a winning note.

“We were lucky and this win is a moral booster, but we still need to work hard to consolidate on the victory,” he said.

Eduwo had capitalised on the 3SC’s defensive mix-up to register the only goal for Lobi Stars in the 15th minute, and Uwua’s team defended that lone goal throughout the remaining 75th minutes of the encounter.