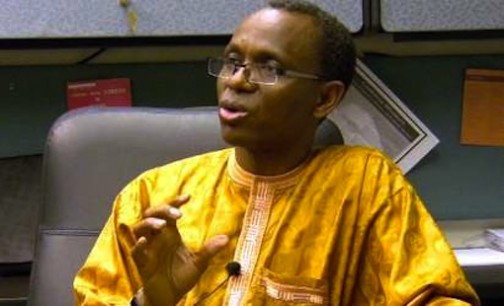 El-Rufa’i who said this during the state’s special day at the ongoing 37th Kaduna International Trade Fair, named the other states as Katsina, Kebbi and Jigawa.

He said a proposal to acquire the majority shares of the company had already been submitted to Assets Management Company of Nigeria (AMCON).

According to him, the step is part of efforts to revive ailing industries in the state to provide huge employment opportunities to the teeming unemployed youths in the region and Kaduna State in particular.

He said that PAN, a critical partner in Kaduna State industrial history, had gone down from assembling 90,000 cars per annum to merely 200 a year.

“Our hope is that when we acquire the majority share of the company, we will restructure it to operate to full capacity of assembling between 90,000 and 100,000 cars yearly.

“We have the support of PAN as well as the government of France in this drive.

“We are determined to bring back all industries related to Peugeot established in Kaduna as part of plans to ensure that every youth in Kaduna State has something doing,” he said.

The governor added that his administration had created more than 120,000 jobs in nine months, “but it is not enough; we have to work harder considering the number of unemployed youths in the state”.

He added that plans were underway to revive textile industries in the state.

He said that Kaduna used to be the Manchester of Nigeria because of the concentration of textile industries in the state.

He, however, said that all the textile companies had closed down except two that were operating skeletal services.

“Kaduna State Government is committed to the revival of not only the textile industries, but the entire cotton, textile and garment value chain in the state in our development strategy,” he added.

El-Rufai also said that as part of effort to revive the agricultural sector, the state government would soon enter an agreement with a company to enable the state become a poultry hub in sub Saharan Africa.

“We are also making arrangement with another company to establish the largest fertiliser storage facility in the country in Kaduna to ensure that our farmers have access to fertiliser.

“The commissioner for commerce is currently negotiating with a foreign company that is interested in establishing a fertiliser plant in Kaduna,” El-Rufa’i said.

On mining, the governor said that artisan miners would be organised into cooperatives to streamline all mining activities in the state to tackle illegal mining.

He commended the organisers of the trade fair, the Kaduna Chambers of Commerce, Mines, Industries and Agriculture (KADCCIMA), for bringing captain of commerce and industries to the state.

He promised to work with KADCCIMA to ensure a better outing in the 2017 edition.

Bello added that the theme was deliberately chosen to complement and support the genuine aspiration of the current government for a robust diversification of the national economy.

NAN reports that the trade fair which began on February 25, will end on March 6.