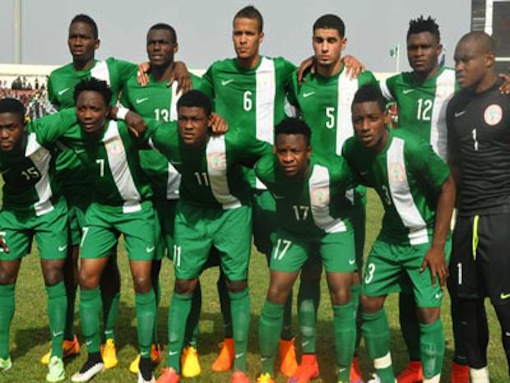 
Coach Samson Siasia has extended invitation to FSV Mainz 05 of Germany defender Leon Balogun ahead of this month’s Africa Cup of Nations double-header qualifiers against the Pharaohs of Egypt.

The latest invitation brings to 21 the number of overseas–based players called to camp for the games.

Also on Friday, Siasia declared that only those who show guts and grit, and ability to adapt to conditions, would be fielded against the Pharaohs.

The Super Eagles’ new boss stated that there would be no sentiments or consideration on the basis of previous ability as only the training sessions in Kaduna and Alexandria would be used to decide the 18 players on the roll for each game.

“These are two matches that we have to win. There would be no looking at what someone had done in the past, or current form at club level. If you are doing well at your club at the moment and you can’t show ferocious form in training and ability to adapt to the environment, then you would have no place.

“I am excited at the debate that has been generated by the team list. You can never satisfy everyone. The important thing is that we know the players we want for these big games and we have invited them, and we believe in them to deliver.”

The 1994 Africa Cup of Nations gold medalist assured that he has been speaking with all the players on the list and has received assurances that everyone is ready to give his all in both games.

“We will continue to ask for the support of every Nigerian as we count down to the two matches. Our people should believe that we can do it, and we will do it.”

Nigeria host Egypt in Kaduna on Friday, March 25 and visit the Pharaohs in Alexandria on Tuesday, March 29 in two crucial 2017 Cup of Nations qualifiers.

Egypt top the Group G table with six points, two more than the Eagles who are in second place.