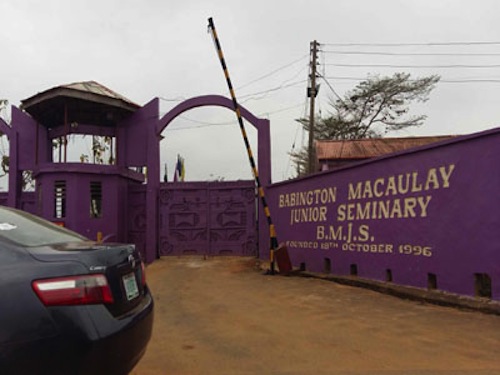 Three Lagos schoolgirls kidnapped from their school on Monday night have been rescued.

The girls from Babington Macaulay Junior Seminary, Ikorodu were rescued this morning at Igbo Okuta, Ikorodu, by a combined team of security forces.

Steve Ayorinde, the commissioner for information confirmed the rescue of the girls in a tweet this morning:

“The three abducted school girls in Ikorodu have been rescued by the Police. Lagos is working. Gov Ambode salutes the courage of the Police,” he said.

Timilehin Olusa, Tofunmi Popoolaniyan and Deborah Akinayo, all SS2 students, were abducted by gunmen from their classroom at about 9:30pm on Monday during prep.

It was not clear whether ransom was paid.

The abductors had demanded N100 million ransom and later reduced the ransom to N10 million.