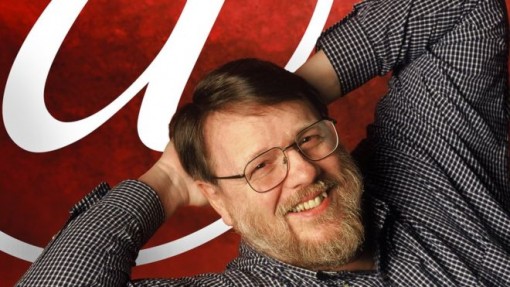 Internet pioneer Ray Tomlinson, who is credited with the invention of email, has died at the age of 74.

The US computer programmer came up with the idea of electronic messages that could be sent from one network to another in 1971.

His invention included the ground-breaking use of the @ symbol in email addresses, which is now standard.

Tomlinson died of an apparent heart attack on Saturday, according to reports.

He sent what is now regarded as the first email while working in Boston as an engineer for research company Bolt, Beranek and Newman.

The firm played a big role in developing an early version of the internet, known as Arpanet.

However, Tomlinson later said he could not remember what was in that first test message, describing it as “completely forgettable”.

His work was recognised by his peers in 2012, when he was inducted into the Internet Hall of Fame.

Mr Tomlinson is credited as sending the first email as we know it today – and commandeering the @ symbol as a way to simplify how it works.

For something so groundbreaking, the first email was adorably anti-climatic. Just read how he described it during an interview in 2009.

“Every time you test you have to generate some sort of message.

“You might drag your fingers across the keyboard or just type the opening phrase from Lincoln’s Gettysburg address or something else – so technically the first email is completely forgettable and therefore forgotten.”

But email itself has never been the problem, just the people that use it.

That said, one hopes email is replaced one day. It’s widely accepted that it’s not an efficient communication method, and it disrupts the focus of anyone trying to get things done.