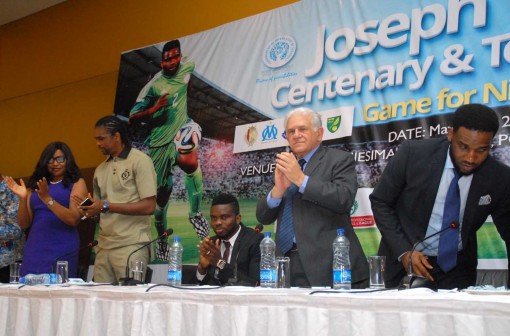 Former PSG and Bolton Wanderers midfielder Okocha while speaking on Yobo, stated that “It is not easy to play 100 games for your country and the fact that Yobo was the first to reach that mark says a lot about him as a player.”
Yobo began his career at non-league Michelin FC in Port Harcourt, before leaving for Standard Liege in Belgium. He went on to play for Marseille, Everton, Fenerbahce and Norwich and captained Nigeria to African Nations Cup success in 2013.