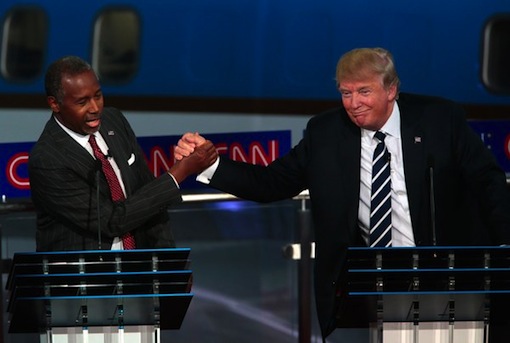 Carson, a retired neurosurgeon, ended his own White House campaign last week after failing to win a single primary contest. Trump is scheduled to hold a press conference Friday at 9 a.m. ET at the Mar-a-Lago club in Palm Beach, Florida. During the debate, Trump answered a question related to education by adding that Carson is “endorsing me, by the way, tomorrow morning.”

The endorsement was first reported by The Washington Post.

Carson, respected within the evangelical community, had briefly overtaken Trump in the polls earlier in the 2016 campaign. But he failed to maintain that momentum as he struggled with foreign policy and national security questions and made multiple gaffes on the trail.

The development is disappointing news for Texas Sen. Ted Cruz. On Wednesday, Carson told CNN’s Erin Burnett he was open to supporting either Trump or Cruz.

“You have to consider all the information, who is most likely to win, and what kind of shenanigans will drive voters away so they will not participate in the process. We have to be very careful in all those things,” Carson said.

Carson and Cruz’s relationship hit a rocky patch around the first GOP primary contest in Iowa. CNN reported that Carson planned to go home to Florida after the Iowa caucuses, rather than traveling to New Hampshire or South Carolina, where the next primaries were held. Carson’s aides emphasized — and CNN reported — that he was not suspending his campaign, but simply going home to take a breather and pick up some clothes.

But the Cruz campaign reacted to the news by incorrectly telling precinct captains while the caucuses were still taking place that the move signaled Carson may be dropping out of the race. Carson called on Cruz to take responsibility and fire whoever was responsible for the “blatant lying,” and Cruz subsequently apologized.

But one Carson insider suggested Thursday that there are still lingering hard feelings.

“He’s got a lot of animosity towards Ted Cruz over the Iowa thing,” the source said.

And in some ways, Carson was already comfortable with Trump. The two men both have homes in West Palm Beach and know each other well, this person said. Also a factor in Carson’s decision was that he didn’t believe either Marco Rubio or John Kasich would have a path forward after Wednesday. This person also pointed out that Carson could be an asset for Trump as he attempts to expand his support beyond traditional Republicans.

“He’ll be able to go into places no other Republican can go,” the source said.

Carson announced last week that he will chair My Faith Votes, an organization that works on getting out the Christian vote.