Man returns to prison 20 minutes after release from custody 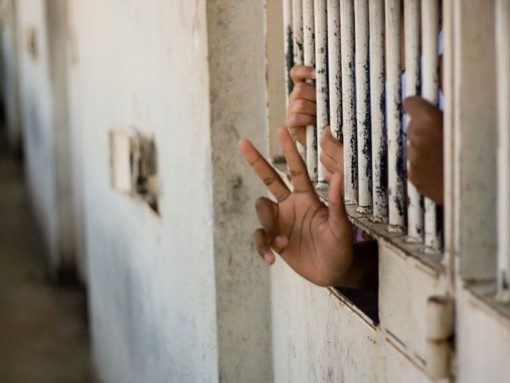 A company’s store keeper was remanded in prison custody barely 20 minutes after he was released from custody for committing another offence in Lagos State, western Nigeria.
The suspect, Jackson Aniete, was earlier arrested and charged before Isolo Magistrates’ court for allegedly committing a criminal offence.
He was remanded in prison custody at Kirikiri from where he was brought to court because he was unable to fulfill his bail condition.
P.M.NEWS gathered that while he was in custody, his family reportedly waded into the matter and opted to settle it out of the court with the complainant.
While he was in custody, his employer, Chi Limited discovered the fraud he allegedly committed as their store keeper.
According to the police, Aniete allegedly conspired with others at large and diverted the company’s 1,307 cartons of Hollandia Evaporated milk worth N4.4m.
The incident happened at the company’s warehouse located at Chivita Avenue, Ajao Estate, Lagos.
When the fraud was discovered, the management reported to the police at Ajao Estate and another charge was preferred against Aniete.
Aniete was charged with conspiracy and stealing under the Criminal Code.
On his second journey to prison, Aniete appeared before the court where the earlier criminal matter he alleged committed was struck out.
While he was going home, he was re-arrested and brought to the same court where he was arraigned with the alleged offence.
He pleaded not guilty.
The prosecutor, Inspector Abass Aboyemi, informed the court that Aniete was the same person that had just been released some minutes ago and was re-arrested for another offence he allegedly committed.
He did not object to his bail application and urged the court to take notice of his records before granting him bail.
The presiding Magistrate, Mrs A.O. Adedayo granted him bail in the sum of N300,000 with two sureties in like sum.
Aniete was remanded in prison pending when he will perfect his bail condition.
The matter was adjourned till 30 March, 2016.