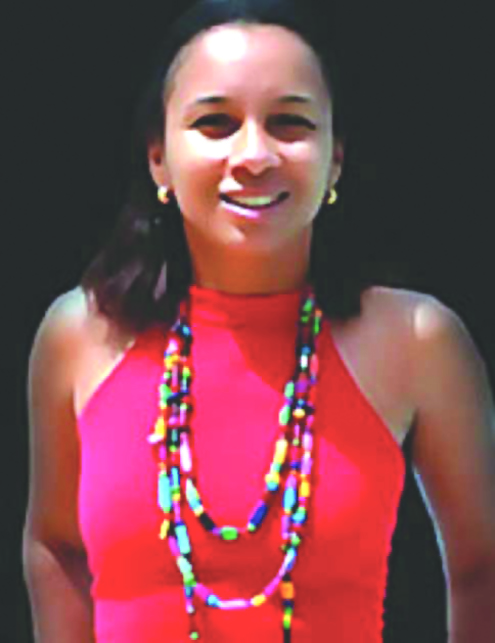 There is no reprieve yet, for convicted star actress and former beauty queen, Ibinabo Fiberesima serving a five-year jail term as her efforts to secure bail pending the hearing and determination of her appeal before the Supreme Court, Thursday suffered a major setback.
The Appeal Court in Lagos, southwest Nigeria, declared her bail application incompetent.
The three man-panel of Judges, Samuel Oseji, Tijani Abubakar and Justice U. I. Ndukwe-Anyanwu observed that the appellant failed to attach to her application copies of the judgment delivered by the court which affirmed the five-year jail sentence slammed on her by a Lagos High Court.
When the matter was mentioned Ibinabo’s counsel Nnaemeka Amaechina told the court about the bail application dated 14 March, 2016 filed before the appellate court and that a copy had been served on the Lagos State Government (respondent).
However, the application could not be heard as the court observed that the appellant failed to attach copies of the judgement of the court as exhibit thereby rendering the whole application incompetent.
Justice U.I. Ndukwe-Anyanwu (presiding) said the only option left was to strike out the application or adjourn it till further date for hearing.
Consequently, Amaechina asked for an adjournment to enable him do the needful.
Thereafter, the court adjourned the matter till April 7 for hearing.
Meanwhile, Ibinabo has asked the Supreme Court to set aside the judgement of the lower court affirmed by the Appeal Court
In her Notice of Appeal, she stated that Court of Appeal erred in law when it affirmed the alteration by the high court of Lagos state by setting aside the option of N100,000 fine and substituting it with a term of 5 years imprisonment.
The appellant further stated that the Court of Appeal erred in law when it affirmed the interference by the high court with the exercise of discretion by the trial Magistrate’s Court.
She added that the judgment of the Court of Appeal is unreasonable and cannot be supported, having regard to the evidence presented before the court.
In a 6-paragraph affidavit of urgency deposed to by Victor Eden, the deponent stated that Ibinabo is currently recovering from surgery and that she recently removed tumour from her breast and that she needed constant monitoring by her doctors.
“Her wound has not fully healed and as such she is afraid that her continued stay in the prison may endanger her life as she will not have access to special medical attention,” he stated.
The deponent stated further that it would be in the interest of justice and for her health and safety to admit Ibinabo to bail pending the hearing and determination of her appeal before the Supreme Court.
The embattled actress was sentenced to five years imprisonment by Justice Deborah Oluwayemi for reckless driving which caused the death of Dr. Giwa Suraj in an auto accident along the Lekki-Epe expressway, Lagos.
Dissatisfied, Fiberesima Ibinabo in her amended appellant brief filed by Barrister Nnaemeka Amaechina urged the court to set aside the five-year sentence and restore the decision of the Magistrates’ Court.
‪But the appellate court in its judgement delivered on 11 February, 11 dismissed Ibinabo’s appeal and affirmed the decision of the Lagos High Court.