Nigeria vs Egypt AFCON 2017 qualifiers, other games live on GOtv 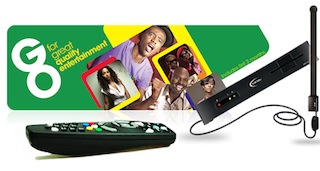 Subscribers of GOtv will have the opportunity to watch at the comfort of their homes matches of the 2017 Africa Cup of Nations (AFCON) qualifying series which begin from 23 March.

Subscribers will be able to follow the action on SuperSport Select 1 and SuperSport 9, as their favourite teams seek to secure slots in Africa’s biggest football tournament with finals holding in Gabon in 2017.

The most anticipated match will be between seven-time AFCON champions, the Pharaohs of Egypt, and the Super Eagles of Nigeria. The first leg of the double header games will hold in Kaduna on 25 March, while the second leg in Alexandria in Egypt holds on 29 March. The matches will be watched live by GOtv subscribers.

The subscribers will also enjoy the qualifying matches between Swaziland and Zimbabwe, Cameroon’s Indomitable Lions versus Bafana Bafana of South Africa, DR Congo against Angola, Burkina Faso versus Uganda, Mozambique taking on Black Stars of Ghana, Kenya versus Guinea-Bissau, and Congo versus Zambia, all of which will be available on SuperSport 9.

“The Africa Nations Cup is the biggest tournament on the continent, and the excitement builds up from the qualifying stage. Because we know how passionate our subscribers are about football, we constantly strive to bring them the best tournaments and for them to have great value for their money, ” said Efe Obiomah, Public Relations Manager, GOtv.