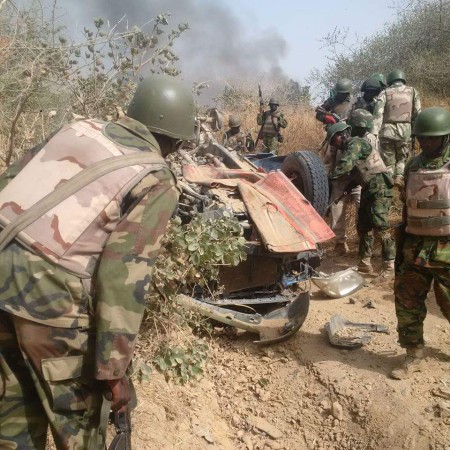 Troops of 81 Battalion and 251 Task Force Battalion of 25 Task Force Brigade who engaged in the hot pursuit of remnants of Boko Haram terrorists in Kumala, Borno state, watched in horror as a Boko Haram ran into a mine that they had buried to kill Nigerian soldiers.

The vehicle fitted with an Anti-Aircraft Gun exploded into pieces, with the two occupants dead.