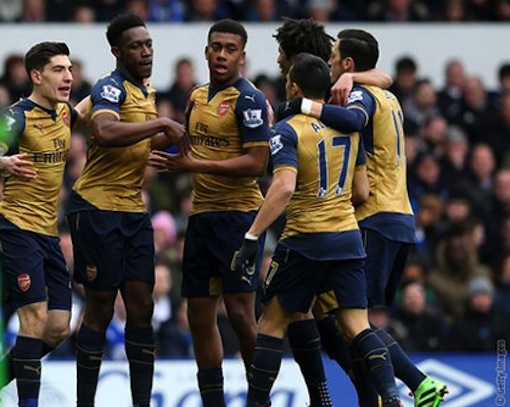 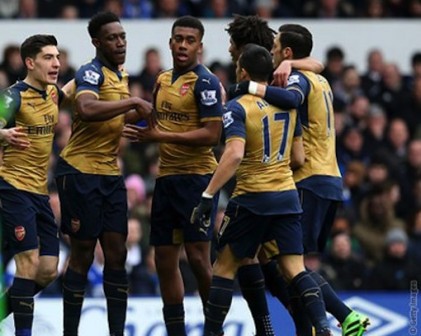 Alex Iwobi won the Man Of The Match award in his first game for Arsenal as they responded to their exit from both the Champions League and FA Cup with a comfortable victory over Everton at Goodison Park.

Danny Welbeck opened the scoring on seven minutes, put through by Alexis Sanchez to round Joel Robles and slot home for his fourth of the season.

On 42 minutes, teenager Iwobi marked his maiden Premier League start with a first goal for the club.

The results leaves the Gunners eight points behind leaders Leicester.

It was a first win in four league matches for third-placed Arsenal, who dominated the game.

In contrast, Everton failed to properly test Arsenal and had just two shots on target.