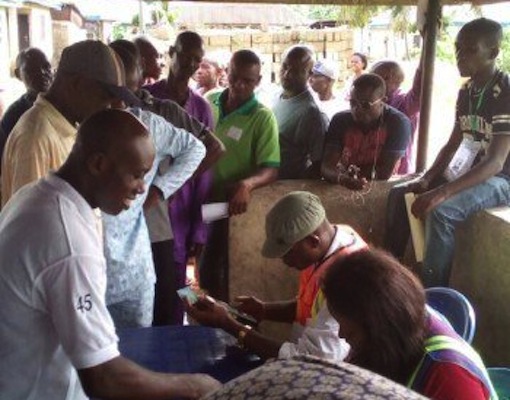 The police in Rivers have said that there has not been any adverse security report in the on-going re-run legislative elections in the state.

The Public Relations Officer of the Police Command in Rivers, DSP Ahmad Muhammad, said in Port Harcourt on Saturday that all was calm in the state.

“We are in touch with the various Divisional Police Officers and they have not made any reports suggesting that there is uneasy calm.

“So far so good for now. We are monitoring the situation. The command has also done all deployments to the polling units and other areas,” he said.

Meanwhile, the accreditation of voters and voting had not started in some units in Obio/Akpor and Port Harcourt local government
areas.

The INEC Resident Electoral Commissioner for Rivers, Mr Aneidi Ikoiwak, had said accreditation and voting would commence at the same time for the re-run election.

A voter, Mr Paul Wordi, said the residents had resolved to wait for the election materials.

“We have decided to wait here until the materials arrive. We are happy with the presence of security in the unit,” he said.

At Unit 8, Ward 12, Port Harcourt, a PDP agent, Mr Ibra Onyelabuchukwu, said materials had arrived and were being sorted out by INEC staff.

An APC agent, Mr Uyo Christopher, expressed satisfaction with the situation of things at the unit.

“So far so good. Security is tight here and everybody is waiting for voting to start,” he said.