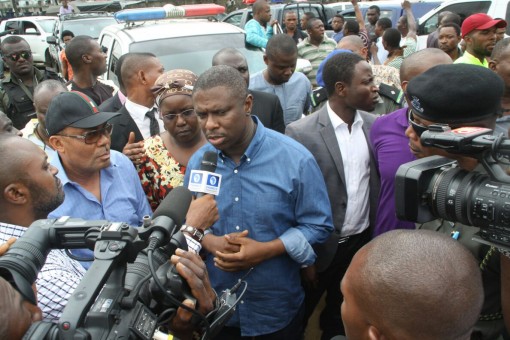 This happened a few hours after the drama at the Mile One Police Station between Governor Nyesom Wike and Minister of Transportation, Chibuike Amaechi, over the INEC Collation Officer of Port Harcourt City
Local Government, PHALGA Ward 10.

Unidentified gunmen attacked the APC 2015 governorship candidate Sunday while driving in a convoy.

The NIMASA DG escaped unhurt but not so for his police orderly who was shot and is currently fighting for his life at a hospital.