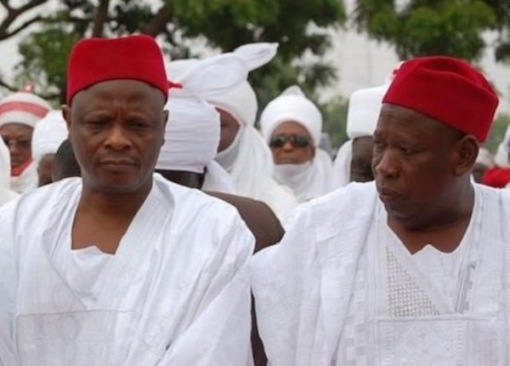 The All Progressives Congress (APC) in Kano State has suspended its Chairman, Alhaji Haruna Doguwa and the Organising Secretary, Alhaji Sunusi Suraj, for alleged gross misconduct.

The party’s Secretary, Alhaji Abbas Sani-Abbas announced the suspension of the two party officials when he addressed a news conference in Kano on Saturday.

Sani-Abbas said the party took the decision in order to allow the seven-man disciplinary committee it set up to investigate the alleged misconduct.

He said the party had appointed Alhaji Abdullahi Abbas, the Special Adviser on Political Affairs to Governor Abdullahi Ganduje as the Acting Chairman of the party.

Sani-Abbas said the suspension was endorsed by the former and serving members of the National Assembly and all the chairmen of the 44 local governments in the state.

The suspension, he added, was equally endorsed by 30 out of the 39 members of the House of Assembly, vice chairmen and secretaries of the local governments.

He said the committee had been given one week within which to submit its report to the executive committee of the party for further action.

“If the disciplinary committee establishes any evidence to the fact that the suspended officials were culpable or not, it is left to the executive committee to take appropriate action,’’ he said.

He, however, said that what was needed most was cohesion, unity and progress of the party at the time the Ganduje’s administration was striving to reposition the state.