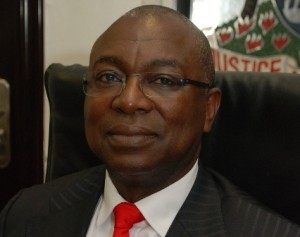 The Lagos State Government says it is targeting 24-hour transportation system across the state.

This was disclosed by the State Commissioner for Transportation, Dr. Dayo Mobereola at the Stakeholders forum organised by the state Ministry of Transportation on the proposed transformation of the Tafawa Balewa Square, TBS, Bus Terminal into world class.

Mobereola said the plan to launch 24-hour transport system was part of the reason government decided to transform the TBS Bus Terminal to attract more tourists to the edifice.

“The TBS stands for Lagos. It has become a rallying point for the residents of Lagos. It is a venue for change of government in Lagos. We are just going to make the place an ultra-modern terminal for the Bus Rapid Transit, BRT buses, taxi operators and passengers. This project will be completed by December, 2016.

“What we want to do is to protect everyone (passengers and the transporters) during the rainy and hot seasons. Also, Closed Circuit Television, CCTV cameras would be deployed to detect anyone who may intend to commit crime within the axis.

“Everyone will have its own section: Danfo drivers, BRT and taxi operators, so that passengers are not confused where to go. What we are doing is for the benefit of all. When it is completed, it will be enforced,’’ he said.

The commissioner also said the government had concluded plans to establish an enforcement authority, to checkmate excesses of boat operators on the waterways.

Mobereola added that the government, through the State Waterways Authority, LASWA, had identified 14 routes on the waterways that would be dredged and channelized to avert future boat mishaps in the state.

He said LASWA’s function would be similar to what the State Traffic Management Authority, LASTMA, was doing on the over 9,000 roads in the state, adding that more ferry terminus would be constructed and completed and opened for public use before the end of the year.

Mobereola explained that the aim of Governor Akinwunmi Ambode was to strengthen the intermodal transport system, in order to commute the over 17 million residents of Lagos with ease.

The commissioner emphasized that though the responsibilities of the Bus Stops fell within the purview of the councils, the aim of the government to change the face of the TBS terminal was not to usurp the council’s responsibilities.

“The state government does not intend to usurp the responsibilities of the council. All we are doing is to work with the councils to beautify the state in order to sustain the mega city status of Lagos. So, everything that is ongoing now would be done by the councils,” he said.

Special Adviser to the Governor on Transportation, Mr Anofiu Elegushi, said the purpose of the project was not to displace the operators, noting that “we are ready to receive your inputs, comments and advice. Our intention is to re-arrange. It is not an intention to take over your operations, but we need your support to move the state forward.”