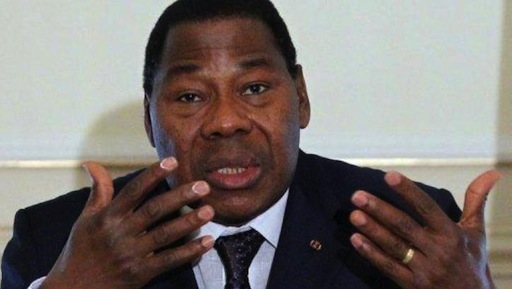 President Muhammadu Buhari has congratulated the President-elect of Benin Republic, Mr Patrice Talon, on his electoral victory in the presidential run-off on Sunday, 20 March, 2015, as announced by the Autonomous National Electoral Commission.
President Buhari also commended the Government and people of Benin Republic on the peaceful and orderly conduct of the presidential elections.
He saluted the courage and statesmanship of Prime Minister Lionel Zinsou and presidential candidate of the ruling coalition, in upholding the democratic process by promptly congratulating his main challenger, Mr Talon, on his electoral victory.
Buhari also commended President Boni Yayi for his leadership throughout the electoral process and for his invaluable contribution to democratic governance in the sub-region, evidently demonstrated in the successful conduct of the presidential elections.
The President said he is encouraged by the determination and exemplary conduct demonstrated by Beninese in coming out en masse to perform their civic duties.
He said he believes that the successful conclusion of the electoral process marks an important step in consolidating democracy in the sub-region and a beacon for other African countries to emulate.
President Buhari added that trusted that the Beninese will give the incoming government all the necessary support to succeed and reaffirmed that “Nigeria, as a beneficiary of the dividends of democracy, will continue to build strong partnerships with her neighbours for the peace, progress and prosperity of our citizens.”