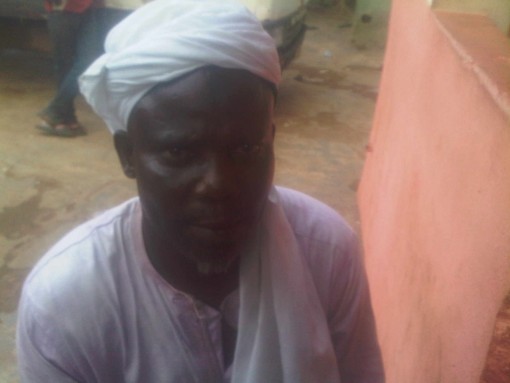 
Seven persons have been arrested and charged before a Magistrates’ court sitting in Ejigbo for allegedly disrupting the coronation of a Hausa king otherwise known as Seriki in Igandoland in Lagos State, western Nigeria.
The suspects are Aliu Abdulkareem, 30, Habib Rabiu, 31, Aliu Bindawa, 33, and Musa Sani, 20.
Others include Mohammed Ali, 30, Arisu Mohammed, 29, and Babangida Mensarawa,20.
The suspects were alleged to have conspired among themselves to cause breach of public peace by obstructing the coronation of Abubakar Muhammed Geiro as Seriki of Igandoland.
The police also alleged that the suspects threatened Geiro with knives, charms and other weapons to disrupt the event held on 14 March, 2016.
P.M.NEWS gathered that trouble started after the former Seriki of Igando died and the postion became vacant.
Two contestants emerged for the position, namely, the late Seriki’s son, Alhaji Danjuma Alhassan and Alhaji Abubakar Geiro.
This led to the disruption of peace in the community as factions jostling for the position sparng up.
It was gathered that following the tension it generated, the Hausa community in Lagos waded into the matter and summoned the warring parties to Sururer in Lagos where Alhaji Danjuma Alhassan was chosen and crowned as the new Seriki of Igandoland.
The decission did not go down well with Geiro’s group and they contacted the Oba of Igando who also crowned him Seriki of Igandoland.
Since then, peace has eluded the Hausa community in Igando, Akesan and Badore areas.
The crisis continued until the day the Oba of Igando crowned Geiro as Seriki.

The group allegedly belonging to Alhassan disrupted the event before the police intervened and restored peace there.
The suspects were arrested while other accomplices escaped.
When our reporter contacted the leaders of the two groups, they both laid claim to the title.
Alhaji Danjuma Alhassan told our reporter that after the burial of his late father, the Hausa community in Lagos State summoned all parties including Geiro to Sururere where he was elected and crowned as Seriki of Igandoland.
He said the confusion started after the Oba of Igando decided to crown Geiro against the wishes of the people and Hausa leaders in the state.
Alhaji Alhassan explained that it is the Hausa community leaders that choose their king according to the Hausa tradition and present such Seriki to the Oba and not the Oba picking a king for them.
Geiro on his own part, said it is the Oba that has right to instal Seriki because the kingdom belongs to him.
He insisted that the Hausa community have no right to crown any person as Seriki outside their land, adding that the Oba was right in choosing him as Seriki in his land.
Meanwhile, the suspects arrested in connection with the disruption of the coronation of Abubakar Muhammed Geiro, were remanded in prison custody pending when they will perfect their bail condition.
The presiding Magistrate, Mrs J. O. E. Adeyemi granted the suspects bail in the sum of N100,000 each with two sureties in like sum.
The matter was adjourned till 11 April, 2016.