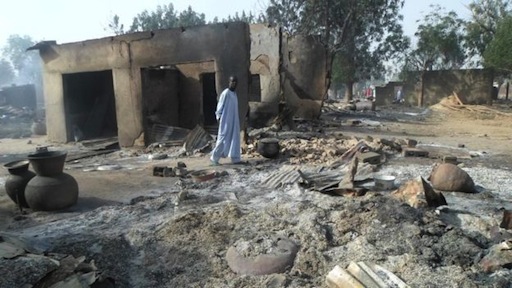 Some 20,000 people have been killed in the Boko Haram insurgency in Borno state in northeast Nigeria, according to a report for the World Bank that puts the cost of destruction at $5.9 billion.

The report lays bare the extent of the damage since the insurgency began in 2009 and which at one point saw the Islamists control swathes of territory across the northeast.

It is part of a Post-Insurgency Recovery and Peacebuilding Assessment, an intervention programme involving the World Bank, European Union and the UN with six northeastern states.

Assessments in each of the states were carried out in areas including education, healthcare, water, sanitation, housing, municipal buildings, energy, environment, transport, economy and business.

In Borno, sources with knowledge of the report told AFP on Monday that some 20,000 citizens are thought to have been killed during the violence — a higher figure than previous estimates.

In addition, the majority of the more than 2.0 million internally displaced persons came from the state.

In the 27 local government districts that make up Borno, the fighting destroyed or damaged:

In some areas such as Bama, the destruction has been near-total, with only 20 percent of houses unscathed.

The report also estimated parks, game, forest and grazing reserves, orchards, river basins and lakes have been poisoned in 16 of the 27 areas, and 470,000 livestock killed or stolen.

The source close to the Borno state government said the report has yet to be approved by the bank and a decision was expected soon on funding.

But given the cost of the damage — about $5.9 billion — and Nigeria’s struggling economy caused by the global oil shock, matching external funding for reconstruction could be problematic, the source added.