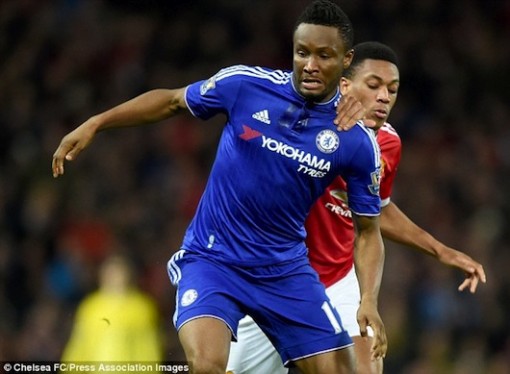 Chelsea midfielder John Obi Mikel, 28, will consider making a move to the Chinese Super League in the summer. (Standard)

Arsenal’s Alex Oxlade-Chamberlain, 22, is a transfer target for Southampton, five years after he left the Saints for the Gunners. (Mirror)

Manchester City believe Pep Guardiola will give them the edge in their bid to lure Lionel Messi, 28, from Barcelona. (Daily Mail)

Leicester have told Claudio Ranieri, 64, he will be rewarded with a £3m-per-year double-your-money deal at the end of the season. (Mirror)

Tottenham boss Mauricio Pochettino, 44, has a £10m buy-out clause in his Tottenham contract. (The Sun)

Liverpool have set their sights on Roma attacking midfielder Leandro Paredes, 21, who is currently on loan at Empoli. (Express via Gazetta Dello Sport)

Arsenal are set to secure the transfer of Juventus striker Alvaro Morata, with Real Madrid ready to turn down a buy-back option for the 23-year-old. (Metro via AS)

Zenit St Petersburg midfielder Axel Witsel, 27, is hoping to leave in the summer transfer window with Tottenham among a number of clubs keen to sign the Belgian midfielder. (Standard via La Derniere Heure)

Manchester City have been urged to rethink their ticket pricing structure by fans after anger over the cost of Champions League tickets for the game against Paris St-Germain. (Manchester Evening News)

Manchester United are close to winning the race for 16-year-old Dutch wonderkid Tahith Chong who currently plays up front for Feyenoord.(Manchester Evening News)