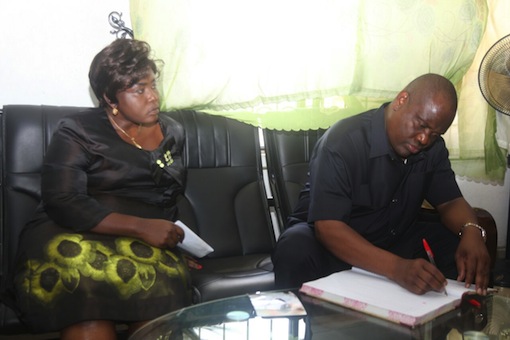 Rivers State Government will immortalise Mr Samuel Okonta, the corps member who lost his life during the rerun legislative elections in the state, Governor Nyesom Ezenwo Wike has announced.

He also declared that the state government will provide all necessary assistance to the police to investigate the killing of the corps member, with a view to identifying those responsible.

Speaking at the Rivers State National Youth Service Corps, NYSC, headquarters in Port Harcourt on Wednesday, Wike also announced an increment in the monthly allowance of corps members serving outside Port Harcourt from N10,000 to N15,000.

He also increased the state monthly allowance of corps members serving in Port Harcourt from N5000 to N10000.

He expressed sadness that the corps member died serving the nation. He said that the Rivers State Government will take care of the family of the late corps member.

Wike noted that the death is even more painful because the corps member was an orphan who suffered through schooling and was on the verge of being of help to his immediate family.

The governor said his administration will also take measures to improve security in the state. He said that steps will be taken to ensure that the incident does not reoccur.

He also commiserated with the Department of State Services, over the death of their personnel.

Also speaking, State Coordinator of the NYSC, Mrs Ngozi Nwatarali, commended the governor for commiserating with the NYSC at its moment of grief.

She appealed for greater protection for corps members during elections.

Responding on behalf of the family, Alex Edeabeatu thanked the governor for his gesture. He said that the late corps member was a shining light.