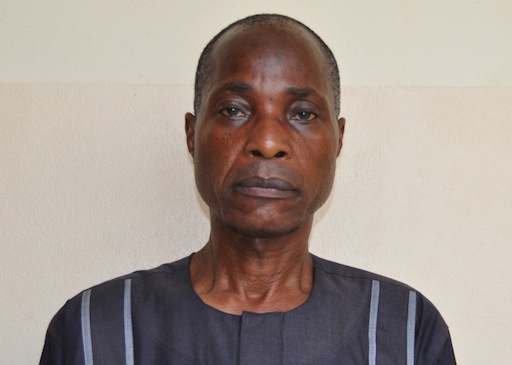 Operatives of the Economic and Financial Crimes Commission, EFCC, on Thursday, March 24, 2016 arrested one Dada Olatunji, a former Assistant Comptroller General of the Nigeria Fire Service for offences bordering on employment scam.

Olatunji’s arrest followed a petition by two applicants – Robert Mathew and Theresa Abah- alleging that, sometimes in December 2014, one Christopher Adaje, an officer at the Nyanya Office of the agency informed them of a recruitment exercise purportedly going on and promised to facilitate their employment into the Service before April 2015 if they could part with N350, 000.00 (three hundred and fifty thousand naira) each.

Matthew and Abah who were desperate to get employment, but could not afford the said sum, resorted to soliciting for help from their friends and loved ones.

Eventually, Matthew was able to source his from a friend while Abah took a loan of N225,000.00 (two hundred and twenty five thousand) from her friend, to meet Adaje’s demand to offer them job.

Altogether, a total of N575,000 (five hundred and seventy five thousand naira) was raised by Matthew and Abah which was paid into an account supplied by Adaje in one of the old generation banks.

Months after, Adaje could not deliver on his promise, a situation that prompted the applicants to visit his office where they discovered it was fraud.

On arrest, Adaje confessed that, he was fronting for Olatunji whom he claimed, the money was given to.

The suspects would be charged to court as soon as investigations are concluded.