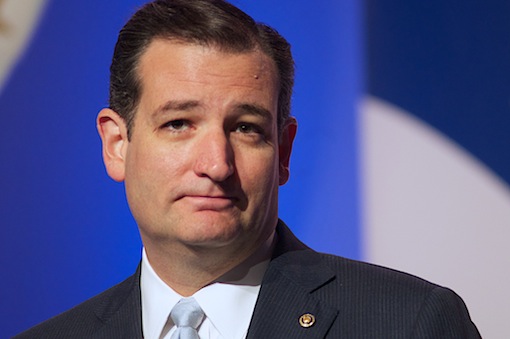 US Republican presidential candidate Ted Cruz was barraged by criticism Wednesday one day after proposing that police “patrol and secure Muslim neighborhoods before they become radicalized.”

Included among critics was President Barack Obama, who called the Texas senator’s idea “contrary to who we are.”

“Any approach that would single (Muslims) out or target them for discrimination is not only wrong and un-American, but it also would be counterproductive,” Obama told reporters in Argentina, which he visited after a historic trip to Cuba.

“I just left a country that engages in that kind of neighborhood surveillance, which, by the way, the father of Senator Cruz escaped for America, the land of the free,” he said.

Cruz issued his proposal Tuesday in response to bomb attacks in Brussels that left at least 31 dead in a plot claimed by the Islamic State group.

The ultra-conservative senator’s rival, Republican frontrunner Donald Trump — who has advocated the use of torture against terrorism suspects — backed Cruz’s proposal, calling it “a good idea.”

“It’s hard to imagine a more incendiary, foolish statement,” she said in California, where she was campaigning. “One thing we know that does not work is offensive, inflammatory rhetoric that demonizes all Muslims,” she added, calling Muslims a “first line of defense” against terrorism.

“The last thing we need is more polarization,” he said.

“He doesn’t know the Hell what he is talking about,” Bratton told CBS News, saying the city’s police force includes nearly 1,000 Muslims. “Ironically, when he is running around here, we probably have a few Muslim officers guiding him.”

There is little love lost between New Yorkers and Cruz, who was in the city Wednesday speaking to supporters. The candidate already incensed residents in January by disparaging what he called “New York values” and previously tangled with Mayor Bill de Blasio over police reform.

On Wednesday, he blasted de Blasio for dropping a secretive surveillance program enacted by former mayor Michael Bloomberg after the September 11 attacks.

Known as the Demographics Unit, the program deployed plainclothes police officers to eavesdrop on Muslim communities by circulating in mosques, shops and elsewhere to compile files detailing residents’ habits.

“Yesterday, we saw a horrific terror attack in Brussels,” he added. “It was not a lone wolf. It wasn’t an isolated attack. It was radical Islamic terrorism and it was (the Islamic State group) that has declared jihad and is waging war on us.”

Asked the number of Muslims in the United States — some 3.3 million — however, he admitted not knowing.

Cruz, who picked up an endorsement from former Republican presidential candidate Jeb Bush on Wednesday, is courting support from establishment Republicans bent on stopping Trump’s march to the party’s nomination.

But he is trailing far behind the real estate tycoon in the primary vote, thanks partly to the billionaire’s anti-immigrant calls to ban Muslim visitors and build a wall on the Mexican border.

The Muslim advocacy group the Council on American-Islamic Relations (CAIR) called his policing proposal “fascist-like” on Tuesday, asking him to “retract and apologize for his unconstitutional policy proposal.”

Twitter also exploded with comments under the hashtag #MuslimNeighborhood.

“In my #MuslimNeighborhood you’ll find people distributing clean water to the victims of the Flint Water Crisis,” one tweet with photographs attached said about the tainted water scandal in the Michigan city of Flint. It was retweeted 1,400 times.

“@tedcruz good luck trying to distinguish a #MuslimNeighborhood from any other because Muslims are an integral part of the American Fabric,” read another.

A third showed a picture of three smiling women: “hey @tedcruz pick which two of us are Muslim and patrol us.”