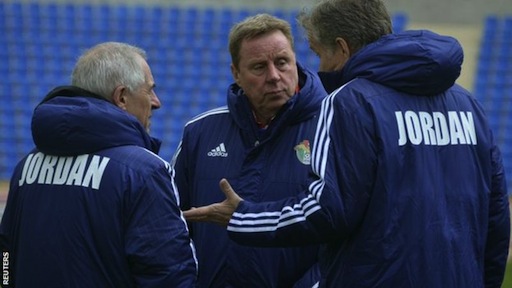 Al-Kuwait forward Hamza Al-Dardour scored a first-half hat-trick as Redknapp’s side led 5-0 at the interval at the Amman International Stadium.

Jordan are second in five-team group, two points behind leaders Australia, who they meet in Sydney on 29 March.

They have to beat the Socceroos to reach Asian qualifying’s third round for the 2018 finals in Russia.

Former Tottenham boss Redknapp accepted an offer to take charge of Jordan for the two final Group B qualifiers.

Earlier this week, Redknapp said he is open to the possibility of extending his spell in charge of beyond the initial two-game deal.