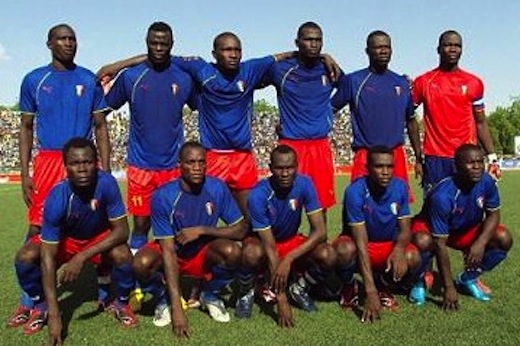 The Confederation of African Football (CAF) has deducted three points from Nigeria, Egypt and Tanzania, all members of Group G, following the withdrawal of Chad from the ongoing qualification race for the 31st edition of the Africa Cup of Nations, Gabon 2017.

Chad were due to travel to Tanzania for the fourth match in the group, but instead made the announcement of a shocking withdrawal, citing financial constraints.

CAF swiftly applied its rules in conformity with Article 61 of the regulations of the competition which states: “If a team withdraws from the qualifying phase organised in groups, all its results shall be annulled (points, scored and conceded goals)”.

“Consequently, the three matches of Chad of Group G are cancelled and the results will not be taken into consideration”, CAF said.

Following the deduction of three points each, Egypt still lead the group with four points, while Nigeria have two. Tanzania have a point.

CAF further said that in accordance, with the rule set by CAF Executive Committee on 15 January 2015, any group reduced to three teams following the withdrawal of a team will have only the group winner qualifying for the final tournament.

Furthermore, the Chadian Football Federation has been fined 20,000 US Dollars and also barred from participating in the next edition of the AFCON in conformity with Article 59 of the regulations of the Competition which states “any association declaring forfeit after the start of the matches is liable to a fine of twenty thousand (20,000) U.S. dollars. It will also not be allowed to participate in the next edition of the AFCON”.

Meanwhile, Egypt will face Nigeria on Tuesday, 29 March 2016 in Alexandria.